Do you still remember floppy disks?

I still occasionally come across those now outdated types of data storage, but they seem to have become mainly extinct; in fact, I doubt my children would even be able to identify them!

But floppy disks were quite a break-through at their time and undoubtedly served their purpose!

The History of Floppy Disks

In an era of exclusively magnetic storage media, like tapes, floppy disks were the first truly portable data storage solution. The first 8 inch floppy disk was introduced by IBM in 1971 and further developed to the more wide-spread 3.5 inch floppy disks in 1974. Lightweight, small in size and inexpensive; their only downfall was their limited storage capacity which was a mere 1.4MB.

Moving on to Optical Storage

It soon become apparent that floppy disks just were not going to cut it when it came to the increase in data storage demands. And in the 1980s CD’s were introduced that could store 680MB of data so seemed revolutionary, only to be superseded by DVDs in the 1990s holding a whopping 4.7GB.

Also in the 1980’s, Toshiba invented the first flash drive data storage medium. A new technology, allowing for entire sections of memory to be erased quickly and easily by applying a voltage to a single wire connected to a group of cells (Wikipedia).

However, flash drives weren’t commercialised until 2000 with the now NAND flash memory forms forming the core of the removable USB flash drives we all use today. You can now get flash drives with capacities up to 2TB, but even with the more common smaller 32GB flash drives, that would give you enough space to store as many as 22,000 floppy drives – pretty impressive!

And a final bit of advice…

Data storage options will continue to evolve and the longer you wait to convert your data from old storage media such as floppy disks to more modern media, the trickier (and more expensive!) it will be.

Our advice would be to dust off those floppy disks now to convert them to modern USB Flash media – you’ll be amazed how many floppy disks will fit onto one flash drive!

With the right equipment, the conversion is pretty straightforward, but if you need any help or advice, just get in touch and we get it all sorted for you! 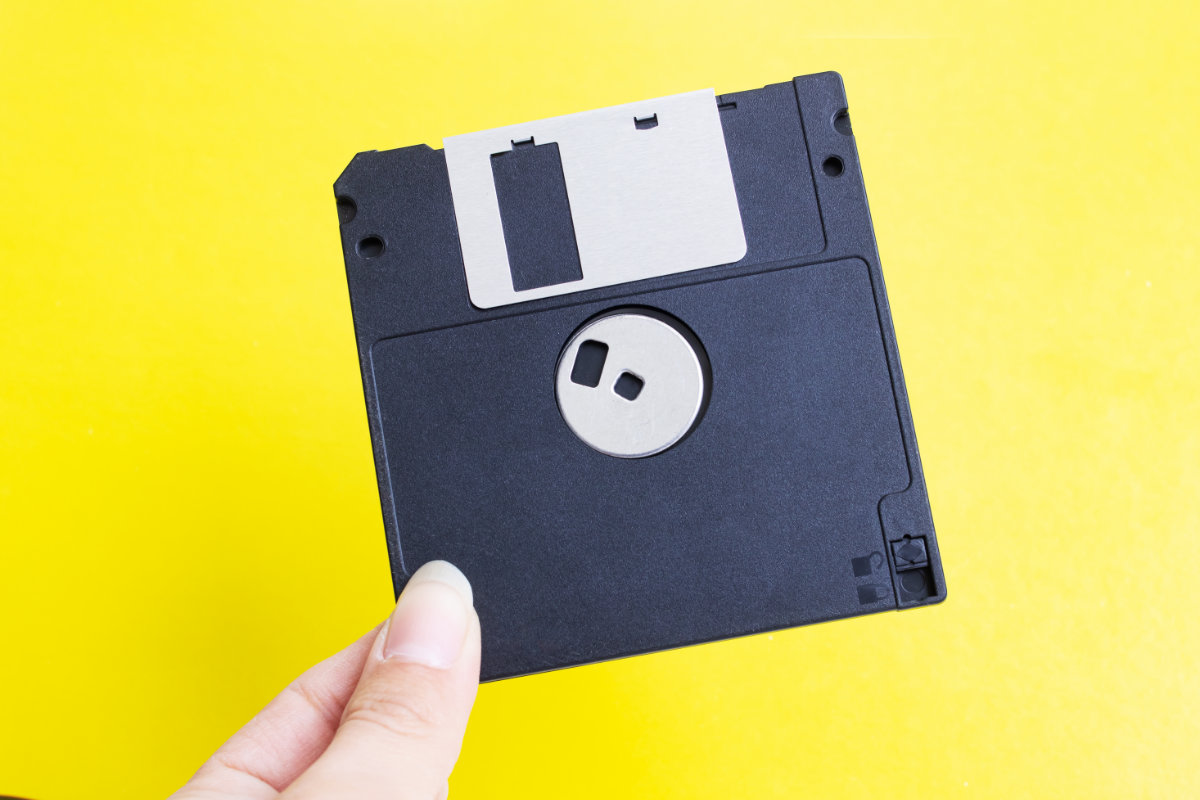 Want to stay up-to-date with the latest
news, offers, tips and tricks?

This website uses cookies to improve your experience while you navigate through the website. Out of these, the cookies that are categorized as necessary are stored on your browser as they are essential for the working of basic functionalities of the website. We also use third-party cookies that help us analyze and understand how you use this website. These cookies will be stored in your browser only with your consent. You also have the option to opt-out of these cookies. But opting out of some of these cookies may affect your browsing experience.
Necessary Always Enabled
Necessary cookies are absolutely essential for the website to function properly. This category only includes cookies that ensures basic functionalities and security features of the website. These cookies do not store any personal information.
Non-necessary
Any cookies that may not be particularly necessary for the website to function and is used specifically to collect user personal data via analytics, ads, other embedded contents are termed as non-necessary cookies. It is mandatory to procure user consent prior to running these cookies on your website.
SAVE & ACCEPT